Anyone who stops learning is old, whether at twenty or eighty 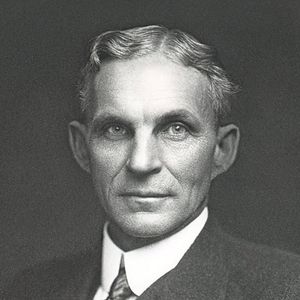 American industrialist and a business magnate, the founder of the Ford Motor Company, and the sponsor of the development of the assembly line technique of mass production. Although Ford did not invent the automobile or the assembly line, he developed and manufactured the first automobile that many middle-class Americans could afford. In doing so, Ford converted the automobile from an expensive curiosity into a practical conveyance that would profoundly impact the landscape of the 20th century.
Quotes by Henry Ford 12
0